Our Scientific Advisory Board

The Scientific Advisory Board (SAB) provides strategic guidance and direction on the quality and scope of our research investments and programs into understanding the WSS gene (KMT2A) and identifying the best treatment options for those diagnosed with WSS. The SAB plays a key role in guiding and prioritizing request for proposals, proposals, grants and other awards by the WSS Foundation. The SAB was launched on Rare Disease Day 2019 and features leaders in the genetic research, nanoscale analysis and technology, drug discovery and treatment, and clinical practice who are committed to furthering the mission of the WSS Foundation. Exciting research announcements are expected later in 2019.

Dr. Croxford is currently a laboratory head in the drug discovery department of Idorsia Pharmaceuticals Ltd, based in in Allschwil, Switzerland. The company specializes in identifying novel molecular targets linked with rare disorders, and the subsequent generation of small molecule therapeutics for their treatment.

To date, Dr. Croxford has authored or co-authored over thirty publications and review articles in peer-reviewed journals, with his works collectively receiving over 3,000 citations to date.

Growing up in Dublin, Ireland, Dr. Dillon received his undergraduate degree in physics and physics technology at Dublin Institute of Technology, Kevin Street in 2005. He was awarded a place on the FAS Science Challenge program which placed him on a six month internship at Rice University in Houston, Texas. Staying at Rice University after the internship, he earned his PhD in Chemistry in 2012, with research focused on the efficient capture of CO2 using polyethyleneimine functionalized nanocarbons.

During this time, he published multiple scientific papers in peer reviewed journals. He has spoken at most of the major scientific conferences in the U.S. including ACS, MRS, AVS, ISPAC and BPS. After graduate school, Dr. Dillon began his career as an applications scientist at Anasys Instruments, a nanoscale analysis company based in Santa Barbara, California. There he specialized in AFM based techniques such as nanoscale infra-red spectroscopy and nanoscale thermal analysis. Currently, Dr. Dillon is the worldwide manager for applications and business development for Photothermal Spectroscopy Corp. PSC is a company that specializes in sub-micron infrared spectroscopy using visible detection for the analysis of a variety of applications, including, life science, polymers and contamination identification. 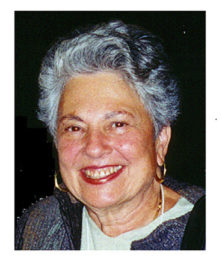 Dr. Migeon is Professor in the Institute of Genetic Medicine and the Department of Pediatrics at the Johns Hopkins School of Medicine. She is certified in Pediatrics, Biochemical Genetics and Cytogenetics. She was Founding Director of the Hopkins PhD Program in Human Genetics and Molecular Biology. Dr. Migeon is known for pioneering work in sex determination and X-inactivation, meaning the packaging of one of a female’s two X chromosomes so that her genes cannot be used. Her research concerns not only the molecular basis for the single active X but also the consequences — for example, mosaicism, in which the active X chromosome varies among different cells in a female’s body. Dr. Migeon has been on the editorial board of various scientific publications. She has published extensively about her research, including the book Females are Mosaics: X Inactivation and Sex Differences in Disease, and mentored scores of medical students, graduate students and researchers. 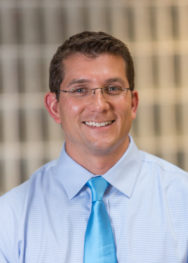 Mr. Shilling is the Vice President of Regulatory Affairs and Quality at Forge Biologics. He has over 15 years of experience in development of novel gene therapies for rare and severe disorders. Christopher is an experienced leader in gene therapy regulatory affairs, pharmacology, toxicology, and project management focused on developing strategies for early phase clinical trials in support of a variety of transformative therapeutics for pediatric and rare diseases.

Prior to joining Forge, Mr. Shilling started the Drug and Device Development service at Nationwide Children’s Hospital, in Columbus, OH in early 2012. As director, he worked closely with Nationwide Children’s and The Ohio State University faculty and staff to understand US FDA and foreign agency regulations of drugs and medical devices. He worked with key stakeholders to develop regulatory strategies in developing novel therapeutics. He advised on critical steps and milestones towards early phase clinical trials in support of a variety of transformative therapeutics for pediatric and rare diseases.

He has direct experience in gaining US FDA acceptance for almost twenty first-in-human clinical trials, dozen orphan drug designations, and two fast track designations. He has contributed to over fifteen successful licenses with industry partners for technologies discovered at Nationwide Children’s Hospital and The Ohio State University. Over his career, he has provided regulatory guidance for novel biologic therapies with Abeona Therapeutics, Amicus Therapeutics, AveXis now a Novartis Company, Milo Biotechnology, Myonexus Therapeutics, Sarepta Therapeutics, along with a variety of other companies ranging from angel invested startups to publically traded, and commercial staged biopharmaceuticals.

Prior to starting the Drug and Device Development program, Chris was the Program Manager for the Center for Gene Therapy at Nationwide Children’s where he assisted the development and initiation of several of the first human gene transfer clinical trials in pediatrics for neuromuscular disorders. He received a Bachelor of Science degree in biology and a Masters of Science degree in Pathology from the Ohio State University.