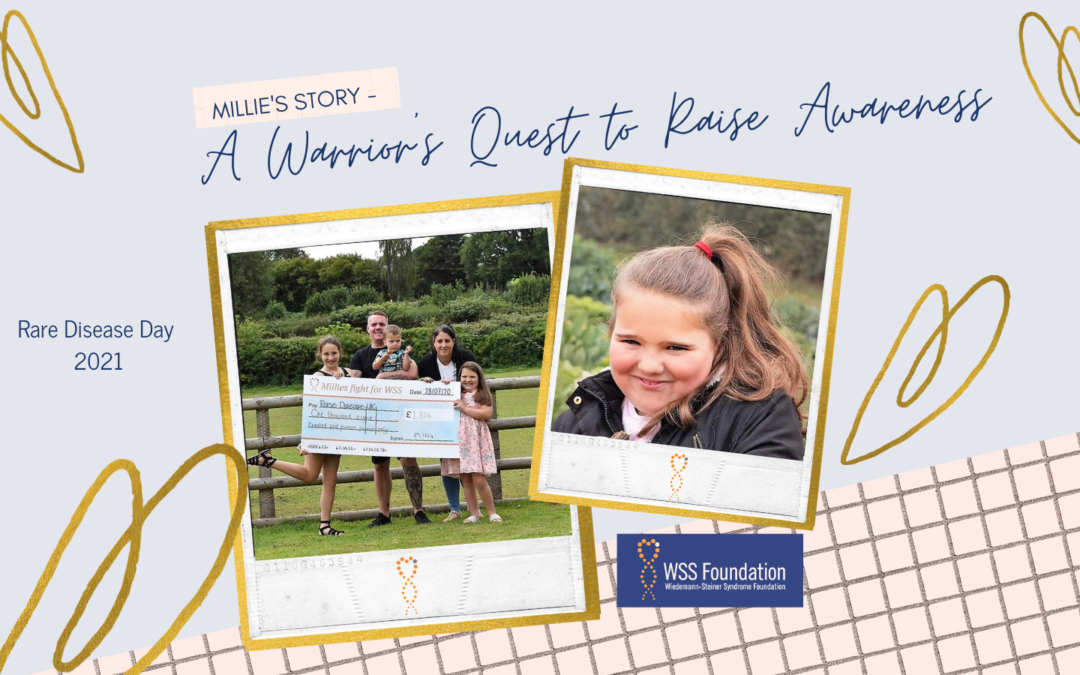 Millie was born in 2010, after a normal pregnancy and birth. It soon became apparent that Millie wasn’t gaining the weight, and we were given the diagnosis of “Failure to Thrive”.

Months of high calorie milk and tests passed, and by the age of 8 months old Millie had an adenoidectomy. She had sleep apnea, and the surgeon said that Millie’s adenoids were so large, that she was burning off so many calories trying to breath and keep herself alive. They thought Millie would catch up after this, but she didn’t. Physically, emotionally, mentally, and educationally she was behind those her own age.

The next few years involved lots of hospital trips, blood tests, x-rays and they just couldn’t figure out what was going on. In 2015, we were asked to take part in the NHS 100,000 Genomes project. This was a more in-depth blood test that eventually, after 5 years of waiting, gave us a result.

I will never forget the day we had an answer. We had a diagnosis. However, it has now led to so many more questions.

Millie is rare, statistically she is 1 in 11,000,000. There are only around 1000 diagnosed cases of Wiedemann- Steiner Syndrome in the world, and most professionals haven’t even heard of it.

Apart from our WSS community, we have no one else to turn too. We don’t know what the future holds for Millie, but we are fighting every single day to get her noticed, and to spread the awareness.

Millie is a much loved, funny little girl. She has her problems, and these are getting worse, but she is always smiling. She loves animals, her family and watching videos on her iPad. Millie doesn’t even notice her struggles or see herself as being different to her friends.

She has such the outlook on life that most adults dream of. She is our little Warrior, and we are so proud of her!

To learn more about Millie and her journey with WSS, please visit https://www.facebook.com/MillieWSS.